REEEC Director John Randolph was interviewed in a recent BBC article, "What will today's data tell future historians?" A repost of the article is below, and the original article (with images) can be found at https://www.bbc.com/future/article/20210819-what-will-todays-data-tell-future-historians

When John Randolph wrote his first book, about the lives of the Bakunin family in 19th-Century Russia, he had mountains of source material to work from.

"I read hundreds, probably thousands, of letters," he recalls. "All of these messages were meticulously preserved and ordered in a family archive."

The Bakunins narrated their lives and relationships in great depth in those letters, bequeathing fascinating details to future historians such as Randolph, director of the Russian, East European and Eurasian Center at the University of Illinois Urbana-Champaign.

But what if he had had an archive of social media posts and photographs to work with instead?

Inevitably, the form and content of surviving records shapes the perspective of anyone who seeks to explore the past. That raises an interesting question for our age: if digital media survive long enough to be studied by future historians (though there's no guarantee that they will), how will that influence their judgements about us as people?

Casual text messages, emails and social media posts offer glimpses of unfolding events and opinions shared. Future historians will also likely have a rich understanding of what life during our time was like, thanks to gazillions of photos and video records. They'll be able to understand the body language and vocal intonations of someone in the 1990s, whereas we have relatively little idea of what these things were actually like in, say, the 1390s.

"One of the amazing things that's happening right now is we're getting a much fuller, rounder vision of the past that has much more material, it has more colour," says Randolph.

Films and TV shows, as well as personal photos, videos and social media posts, record in exquisite detail how people carry out daily tasks. The pressures they face. How they travel, eat and socialise. Never before in human history have we documented so excessively the minutiae of living.

Anyone who studies the history of food, sport, transport, leisure, or any other aspect of our lifestyles will have a field day.

But what about how we think? On one hand, many people tweet or post online updates about their thoughts and emotions all the time. On the other, the lengthy, detailed narratives that people sought to write down in letters hundreds of years ago may be considered rarer.

Prolific letter writers didn't just preserve what happened, they also narrated events and their personal responses to them – from Mary Montagu, who introduced smallpox inoculation to Britain after witnessing it abroad, to Horace Walpole, whose letters captured all kinds of societal changes, including the Georgian craze for spa-bathing.

Blogs, non-fiction books and some longform journalism have arguably taken the place of letters today, though they are by definition less private and potentially less intimate sources of information.

Katrin Weller, an information scientist and head of the social analytics and services team at the GESIS Leibniz Institute for the Social Sciences, Germany, says that, given the nature of social media today, future historians may judge our era as a particularly narcissistic one – perhaps rightly. Social capital has always mattered in human society, and vanity is certainly nothing new. However, Weller suggests that the endless posting of selfies and self-promotion in status updates suggests that huge numbers of people today are highly conscious of how they're perceived by others. The fact that people care so much about this might bemuse researchers of the future.

"Imagine galleries or museum collections you wander through and see the most influential Instagrammers of today and what they were posting," says Weller.

While 17th-Century portraits tend to depict aristocrats and royals, since they were the ones wealthy enough to employ artists who could capture their likenesses, the visual media that survives us may be skewed in its own way – towards those who were most visible and vocal on the web. Class still matters but practically anyone can chronicle their own life on social media today.

And future researchers won't just rely on digital records. Where it survives, they'll also pick through the physical artefacts we leave behind. One material in particular will probably endure more widely, and for longer, than any other – plastic. Packaging, for example, retains all kinds of details about the products we buy and also what food we eat, which ingredients are used, and how we store such items. (It's now relatively common to find decades-old plastic littering the environment. My sister found a 30-year-old crisp packet buried in her garden recently.)

That's another thing that will be obvious to future generations – we produced copious volumes of waste and didn't really know what to do with it. Here's hoping that people have a better handle on things in the centuries to come.

Knowing what daily life was like in the 21st-Century may be relatively easy, then, in the distant future. But Weller notes that one of the other big questions any historian asks about whatever period they're studying is how and why significant historical events unfolded as they did.

For instance – why did a particular political movement catch on, and how did it spread? Social media might well record viral memes and messages but that alone won't necessarily explain the popularity of an idea across the wider population.

"This currently is the age where algorithms shape a lot of our lives," notes Weller. It's something researchers struggle to fully understand today. Unless the inner workings of algorithmic systems are preserved for retrospective analysis, their impact on the course of history could end up becoming a bit of a mystery, a gigantic black box.

It might also be difficult or impossible to know what it was like to actually use a website like Facebook, even if Facebook content from our time is preserved and made accessible in years to come. Alexis Madrigal notes in The Atlantic that the functionality of social media websites is not usually stored every time such sites are updated or redesigned. These updates also tend to happen very frequently. (Read more about how social media is decaying our historical record.)

Most of all, the ebb and flow of ideologies and political passions could leave future historians scratching their heads. Given the disinformation that flies about on social media, they may well wonder: why did a small but vocal number of people in the early 21st Century turn to conspiracy theories about the Earth being flat, or vaccines being "weaponised"?

It's arguably hard to fathom even now, let alone in the future when none of us will be around to provide testimony to any of this. Did algorithms of the 21st Century manipulate people to such an extent that a few were brainwashed? Some folk may have been more susceptible than others to the lure of manipulative media – but why, exactly, were they so easily taken in? The same questions that we ask ourselves today may linger for centuries to come.

One worrying possibility is that the digital disinformation of today will be taken at face value in the future. Imagine people 100 years from now scouring digital newspaper columns, blogs and tweets, and having the same disagreements over, say, the benefits of Brexit or the behaviour of former US President Donald Trump, because they have huge stores of polarised messaging to pore over.

"People will be able to reach into the box and pull out whatever they want and that is definitely going to be an amplified problem, just because of the scale of the material," says Randolph.

In other words, today's disinformation could end up distorting history.

That possibility is made even greater thanks to digital media because the web functions as a giant "decontextualisation machine", adds Randolph. Pictures and video often appear without any information about where they came from, when they were made, or who made them. It's also not always clear whether they were edited, or if they were generated as "deep fakes" by artificial intelligence systems.

It's a concern shared by Clare Miles, a history blogger who has considered the informational value of memes to future generations. Today's memes could be described as an evolved form of the political cartoon of the 18th Century. They're visually arresting and usually contain some snappy and sardonic observation or caption.

However, as with some old cartoons, the creator's identity and motivations are usually unknown.

"When studying memes in the future, we might have to consider that they were created by someone who held a radically different interpretation of a certain event or topic based on information that they truly thought was real," writes Miles.

And there is simply so much data flying about the web today that wading through it centuries from now in an attempt to find the bits that are genuinely illuminating might be a daunting task.

"I think we're going to present future generations with the archival equivalent of a really rich hoarder's attic in which you have lots of random stuff," says Randolph.

Historians will probably be forced to rely on data science methods to search and organise archives automatically for the information they require.

There is also the converse possibility that the sheer volume of information left behind could make the past seem quite bland. People may, rightly or wrongly, assume that they already have a good idea of what life was like the 2000s, for instance, and obsess about the 1800s instead.

But Weller doesn't think this will happen. Future generations might yet marvel at the career of Apple co-founder Steve Jobs, or spend decades attempting to understand the rapidly changing lives of people who grew up in developing countries during our age.

One wonders whether the tweets and blog posts we leave behind will fully reveal how our society thought about and attempted to address huge challenges such as climate change. What did we do, and why – or why not?

As Weller says: "Interesting stories will appear, no matter what." 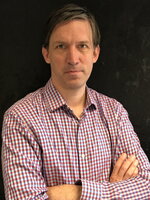