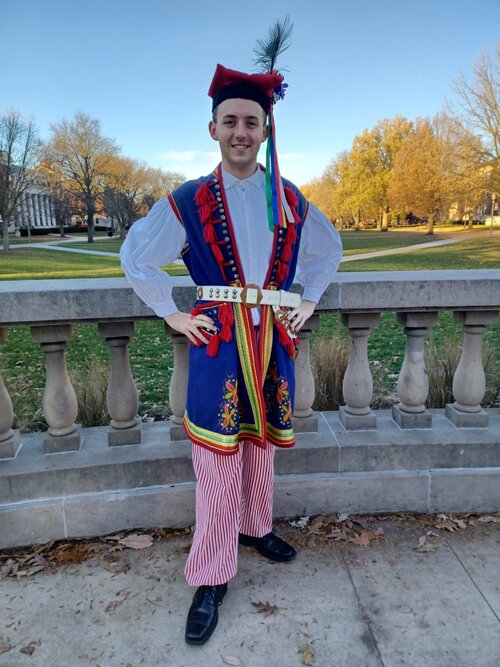 I am originally from Texas, where I lived for 16 years, after which I moved to Kansas. In Kansas, I attended the University of Kansas in Lawrence, pursuing a bachelor's degree of arts in Slavic languages and literature and history. I served a year in Army ROTC there. In 2021, I began my MA in Russian, East European and Eurasian Studies at the University of Illinois, where I will graduate in May 2023. In 2017, I began study of Russian language, and studied abroad in Russia in Moscow for five weeks in the summer of 2019. Upon returning from Russia, I began study of Ukrainian, and currently I am studying Polish. Previously, I have studied French in high school, a semester of German in Kansas, and Tatar over the summer of 2022.

I am interested in religion, theology, language, military history, ethnic relations and politics, and political history from Eastern Europe, specifically in Ukraine and Russia.

University of Kansas, BA in History and Slavic Languages and Literature, 2017-2020
University of Illinois, MA in Russian, East European and Eurasian Studies, 2021-2023